HISTORY OF THE GOLF COURSE


Established in 1990 this family owned Club’s 18 hole golf course was originally designed by course architect Bill White and remodelled again in 1998 by former World Champion of Golf and leading architect Peter McEvoy OBE. Today we acknowledge how his re-design of the greens and surrounds to USGA standards at Horsley in particular are truly delightful.

Over its 30 years, continuous evolvement has seen nearly 10,000 sapling trees grow tall, bunkers and lakes enhance the landscape and where notable professionals now rate Horsley Lodge’s course layout and greens as some of the best they have played.


THE DESIGNERS (White and McEvoy)

The original layout by Bill White in 1988 has stood the test of time. The former professional golfer from nearby Coxmoor Golf Club designed a course around what nature had given us. Each hole blended in the natural terrain with the modern contours coming later out of the re-designing.
Peter McEvoy OBE was commissioned to re-model the greens to USGA standard in 1998. Peters says “There are many stand out holes at Horsley and each one has its merits, but the most memorable would be the short 12th and long 17th holes.
“I feel the 12th hole is the best Par 3 I’ve ever designed and sits beautifully in its surroundings” McEvoy stated on the re-opening. The greens were expertly moulded into shape by Craig Cooke Construction who had recently done work on the Loch Lomond and Valderama courses.
McEvoy was World Amateur Champion in 1977 and 1978 and a member of the GB and Ireland Walker Cup team 5 times. He finished best amateur at the Open in 1978 and 1979. Designing courses for over 20 years including Fota Island in Ireland, after re-modelling Horsley he went onto Captain GB and Ireland’s Walker Cup teams in 1999 and 2001 .
Peter was awarded the OBE in 2003 for ”Services to golf” and has remained a great friend of Horsley Lodge ever since constantly advising on small improvements every visit.

Horsley Lodge is a Par 72 - SS 73 course set in 164 acres and its 6544 yards meanders beautifully around the Derbyshire country side.
A parkland course now following its formative years as meadowland with the trees that were planted 30 years ago and have transformed the landscape giving each hole its own individual distinctive definition.

There are a number of outstanding features at Horsley Lodge for example a Roman road passes right through the course and stone from the abandoned old Horsley Castle can be seen in walls and tees within the golf course.

Water features heavily at Horsley on most holes as two brooks wind their way through the landscape with the constructors having damned them up to create lakes and water courses.

The views around the course and clubhouse are some of the most picturesque in England looking out over the beautiful rolling Derbyshire hills.

To see our individual holes in more detail please click below: 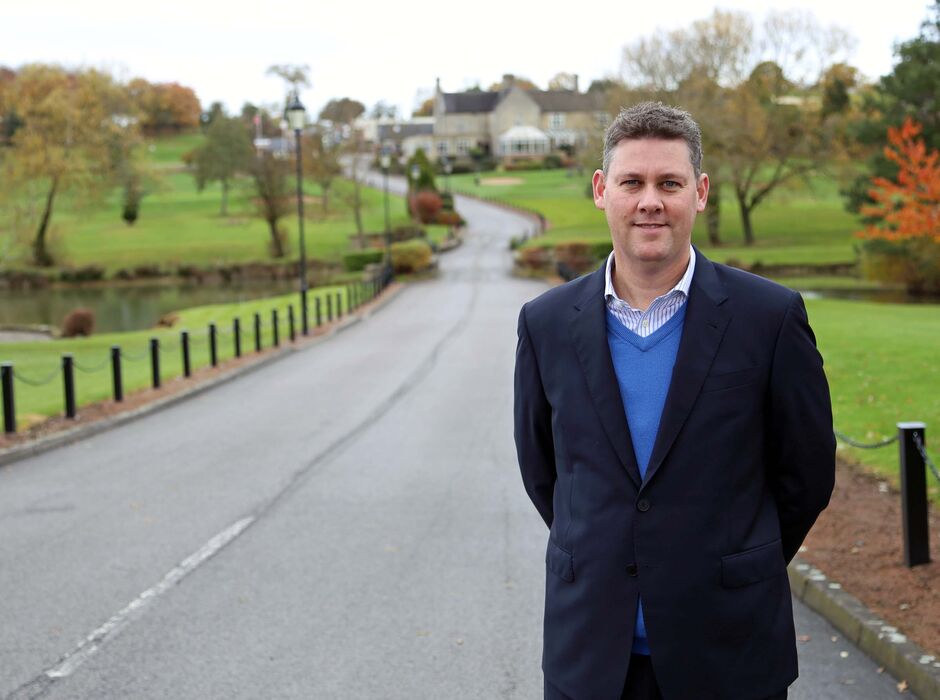